Bill Moran (Good Ghost Bill) was a proud member of the 2011-2013 Austin Poetry Slam national teams, as well as the 2012 & 2013 Austin Poetry Slam Champion and 2013 Southern Fried Haiku Champion. He has has co-directed the Texas Grand Slam two years running, featured at venues and taught workshops nationwide and internationally, conducted long-term poetry programs at a local juvenile justice center, as well as released four books and a CD. In the fall, he will begin pursuing an MFA in Poetry at Louisiana State University. But for the moment, he is the president of Mic Check, a non-profit poetry and spoken word organization based in Brazos County, Texas. He loves it with all his heart. Also, he is convinced he has the Gulf inside him. He appreciates your concern and well-wishes, but swears he is OK. Really.

give up yeah go away 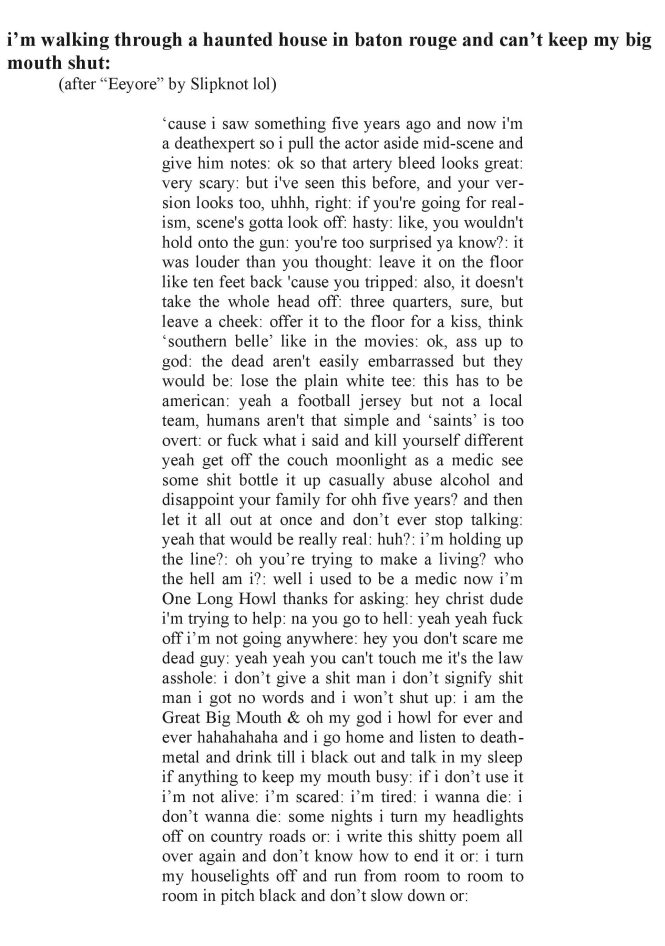 END_OF_DOCUMENT_TOKEN_TO_BE_REPLACED

Comments Off on give up yeah go away | posted in Poetry

Comments Off on Four Poems – Bill Moran | posted in Poetry